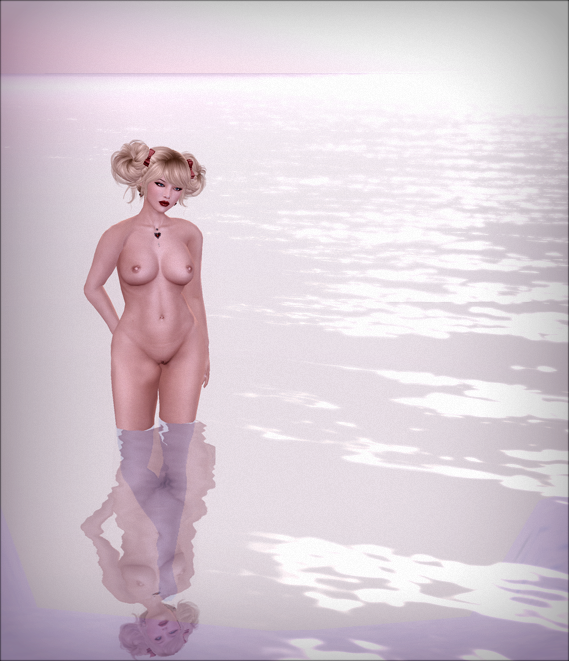 It’s our bodies and I hope if you are playing Second Life you are over 18 and have at least seen your nude body in the mirror.

The human body at any size can be beautiful.. I guess I just don’t understand why skin is taboo. As for efame? I could care less.. what is efame anyhow? I’m a grown 35 year old women who would not give a flying fuck about efame.. I just want to express myself. I just want to make photos that I find interesting and share them. I am still going to keep on doing what I’m doing though and there will still be people that don’t like it and I get that. 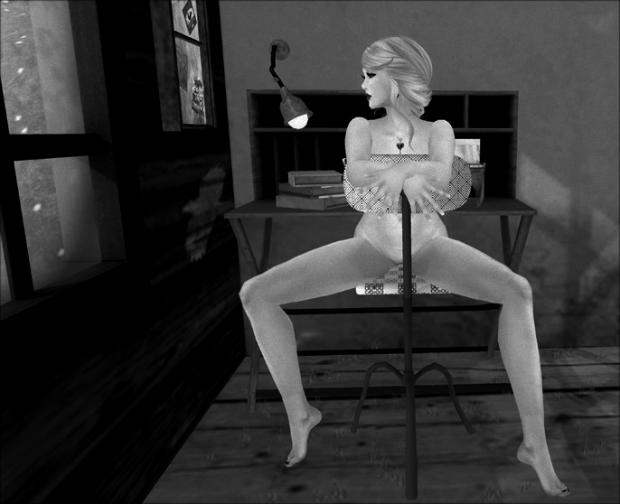 I’m of the belief if you don’t like something don’t look or get over yourself. I think the best nudity is when we see an image and paint in our minds the story behind it.. like why is she standing in that water or sitting in that chair.. who is she posing for.. why are they having sex on that counter.. etc. I think images can tell a store and even make you feel something evocative.

I think that we are all beautiful in our own ways.. nude in our birthday suits, clothed.. it doesn’t matter to me, but don’t insinuate that I or anyone of my friends is/am some kind of skank seeking out imaginary efame.

The beautiful skin that I am wearing is from Atomic for only 88L at Collabor88. The Hemingway writers retreat set is 288L from Cheeky Pea, mesh and worth it for Collabor88.