Caged. Trapped. Alone. That is how I could describe how my depression makes me feel at times. I know though that I am not alone in these feelings and that there are other people like me who can say that they are going through the same feelings and emotions. Sometimes though it’s hard to see past that haze. 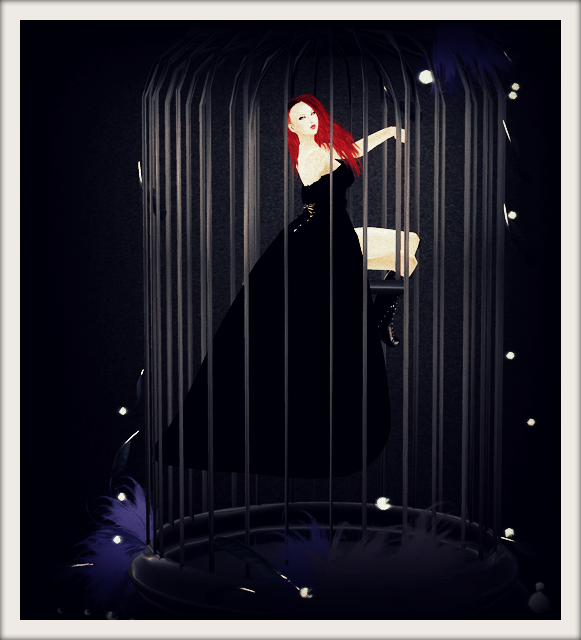 Back to Black is an Awareness event (not Charity) put on and paid for by Chic Management. You can read more about the event here. Personally I think it’s nice that an Awareness event like this exists. Last time when they did the Black and Blue Fair a few summers ago.. I was overwhelmed with knowing that there were people nearly in my same shoes going through what I was.. and I was so much less alone. I am wearing preview items from the fair. The wonderfully dramatic dress is from Peqe. The hair is from Mina. The beautiful mesh boots are from Lassitude and Ennui. The pose with cage is from Miamai. If it’s possible the cage is even more stunning in world. The event opens on February 11th and closes on February 29th at 4slt.